Expression #1 of SELECT list is not in GROUP BY clause and contains nonaggregated column 'teachwell.bp.title' which is not functionally dependent on columns in GROUP BY clause; this is incompatible with sql_mode=only_full_group_by
Warning: count(): Parameter must be an array or an object that implements Countable in /var/www/teachapp/public_html/blog.php on line 31
 Class 8 Maths NCERT Data Handling Chapter 5 Exercise 5.2 India

Ex 5.2 Class 8 Maths Question 1.
A survey was made to find the type of music that a certain group of young people liked in a city. The adjoining pie chart shows the findings of this survey. From this pie chart answer the following:
(i) If 20 people liked classical music, how many young people were surveyed?
(ii) Which type of music is liked by the maximum number of people?

Ex 5.2 Class 8 Maths Question 2.
A group of 360 people were asked to vote for their favourite season from the three seasons rainy, winter and summer. Ex 5.2 Class 8 Maths Question 3.
Draw a pie chart showing the following information. The table shows the colours preferred by a group of people. Solution:
Table to find the central angle of each sector 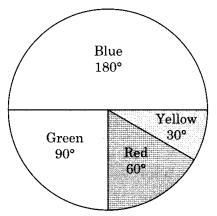 Ex 5.2 Class 8 Maths Question 4.
The following pie chart gives the marks scored in an examination by a student in Hindi, English, Mathematics, Social Science and Science. If the total marks obtained by the students were 540, answer the following questions. 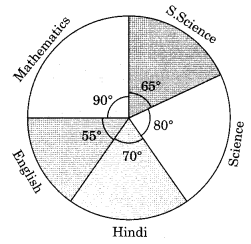 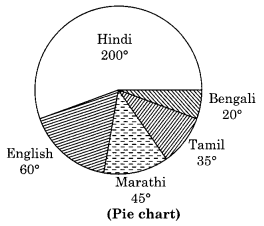 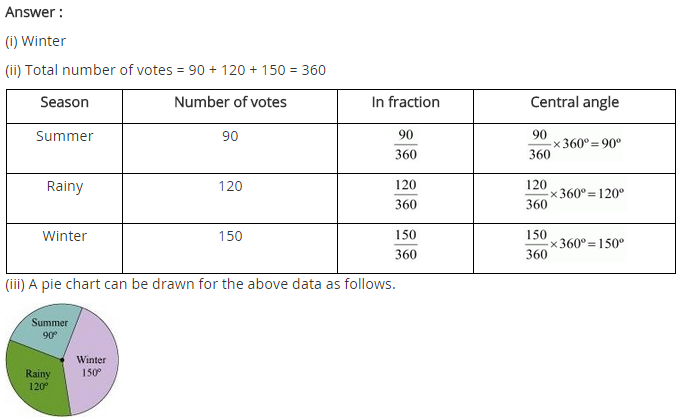 Hi, I am Manish. I am content writer from last 5 years. I write many post and article.

Becoming a part of teachwell family